West Africa is characterized by a considerable population mobility, most especially of the young. Many of them quit their home villages for the big cities or even neighbouring countries, seeking better economic perspectives for themselves and their families. However, most often these children find themselves faced with exploitation and abuse. Terre des hommes has decided to tackle the problem head on by launching an important project whose aim is to offer these unaccompanied migrant youngsters a truly protective environment.

Developed in five countries in the region – Togo, Benin, Burkina Faso, Mali and Guinea – the project is financed by the European Union and unites all the parties linked to this problem. In the first place, the communities concerned must be able to respond more effectively to the problems of child protection in a context of migration, then powerful advocacy must be carried out with the political deciders so as to improve their know-how and to develop their capacity for protection, and finally, to make the general public aware of the risks run by non-accompanied migrant youngsters by mobilizing the various local partners and the media.

In terms of results, at a local level Terre des hommes hopes to improve the quality and availability of community-based protective areas through development by local actors of 15 projects that directly affect 3,000 children. For this, sessions of discussions, information about the protection of migrant youngsters and awareness-making on the subject will be organized in communities at the locations of departure, transit or destination. At a national level, field teams will work with the authorities to highlight the effectiveness of their plan of action for protection with the organization of national advocacy conferences, and by giving training courses and awareness heightening on the issue to journalists. Finally, at a regional level, various teams are aiming to mobilize the civil society in the countries of intervention and to strengthen the partnerships and solidarity between States, as well as to improve the collaboration between national and transnational police forces.

The youngster as an active agent for his own protection

To carry out the various projects, the approach preferred consists of including the youngster in the entire process. All too often ignored, the young person is not seen here as a passive victim but rather as an agent active for his own protection. Tdh is convinced that he must be given priority in drawing up community projects for his own defence.

At the end of the 36 months the project is planned for, Tdh hopes to have been able to support more than 11,000 youngsters, and also to see emerge from West Africa a true awareness of the necessity of protecting non-accompanied migrant youngsters. 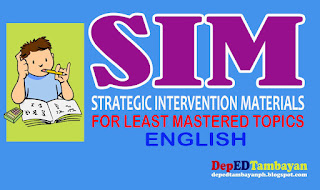