cancel confirm NSFW Votes: (0 votes)
Are you the publisher? Claim or contact us about this channel.
0
Showing article 1852 of 14548 in channel 4542550
Channel Details:
Viewing all articles
Browse latest Browse all 14548
0
0
Source: IRIN
Country: Mali

GAO/BAMAKO/DAKAR, 20 February 2013 (IRIN) - Since military intervention began over a month ago in northern Mali, the city of Gao has been cut off from major markets, leading to shortages of basic goods, skyrocketing food prices and a reliance on the International Committee of the Red Cross (ICRC) to provide water and electricity. Two days ago the road from central Mali's Mopti reopened, giving hope to residents that the situation might ease.

"Almost as important as the people returning is the fact that north-south trade can restart," said Abba Haidara, a Gao inhabitant. "We are depending on goods coming in from Bamako, Sikasso and Ségou. Living here now is unaffordable."

Gao resident Attahar Maïga* told IRIN: "We are starting to suffocate. There's nothing to eat. All trade has shut down. I am wondering what we will do when our stores are empty."

Over the last month food prices- already high in Gao - skyrocketed further, with a kilogram of rice costing as much as $2 - up from 60 US cents; and sugar - a diet staple - costing $1.50 per kilo.

Despite the road opening up, most of the shops that were run by Arabs or Tuaregs remain shut, since most of the Arabs and Tuaregs fled town fearing arrest or beatings by Malian forces.

Fear and suspicion remain high following two suicide-bomber attacks on a checkpoint on the road into Gao from Bourem, a town to the north, and a surprise raid in Gao by insurgents. Gao residents said they knew rebels were still hiding among them in abandoned houses.

"After nine months of Islamist rule, Gao has as many enemies as it has inhabitants," said Boubacar Cissé, a doctor at the regional hospital.

Children had learned to cooperate with Movement for Unity and Jihad in West Africa (MUJAO) commanders who controlled Gao for 10 months, and some of the local youth were frequently spotted among turbaned fighters.

Gao's river port and the road along the river used to be bustling with traders, but now "the market has almost completely shut down - there is nothing," resident Adiza Maïga told IRIN. He has a small herd of animals which he has killed one by one each week to feed his family, as they have no cereal stocks left.

Meat prices have risen from US$1.40 for a good cut to $2, according to local trader Mohammed Maïga, as farmers from nearby villages have been unable to bring their cattle to Gao's market. Traders hope the opening of the road will change that.

Attahar Maïga, head of the ICRC sub-delegation in Gao, told IRIN: "The situation had paralysed the economy. People were panicking."

The World Food Programme brought a truck-load of food supplies to Gao last week, but renewed violence led it to pull back again.

ICRC has been trying to boost the local economy by buying cattle, vegetables, rice and beans from local breeders and farmers, and distributing the food and animals to the poor. The money earned can be used to buy food or seeds for planting. "We're trying to take the pressure off people, at least for the moment," said Maïga.

State officials are gradually returning to their old posts, with the governor, mayor, and a few regional service directors in place.

But the authorities are still relying on the ICRC to supply Gao's water and electricity, as it has been for the past 10 months. As soon as state services are back in place, they will withdraw, said ICRC delegate Amadou Fadiga.

Abdraman Cissé, president of the water and electricity commission in Gao, asked that each household pay 1500 CFA ($3) a month for water and electricity, but he told IRIN: "People are refusing to pay, saying it was free under MUJAO; MUJAO had dirty money from kidnappings and drugs," he told IRIN. "I think we need to contribute to the goodwill of the ICRC to at least provide a minimum service."

ICRC has also been running the hospital in Gao for the past 10 months, which it says functions at 90 percent capacity, though it lacks key specialists.

NGO Médecins Sans Frontières, helps run health clinics in Wabaria and Sossokoira in and near Gao, but had to temporarily suspend work elsewhere due to security concerns including over landmines.

Now that the road has opened up, the organization is preparing to help treat the returnees, having collected lists of names of patients displaced in Sevaré, Mopti and Bamako.

Mariam Touré and her colleagues at Gao's MSF clinic in Sossokoira see over 100 patients per day, most of them for diarrhoea, malnutrition, and malaria, for which drugs are running low. Doctors have seen a rise in skin diseases linked to water shortages, said Touré.

A priority should be quick-impact programmes to restore water power and other basic services in the north, say analysts. This "would encourage people to see the practical benefit from the expulsion of the jihadists," says Africa Confidential.

(None of the Maïgas mentioned in the piece are related).

The Real Housewives Of Johannesburg Officially Canceled After Christall Kay... 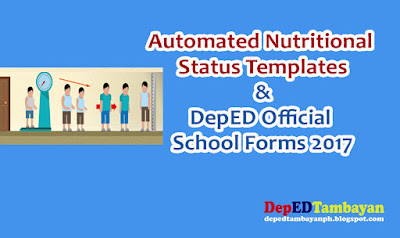